Vyasa Prakashana is a publication wing of Academy for Creative Teaching. Dr. Gururaj Karajagi, Chairman-ACT  is a well-known columnist who writes for a popular daily “Prajavani” and has completed 1500 columns. His series of columns speaks on human values. His books entitled “Karunaalu Baa Belake” (Volumes 1 to 10) are immensely popular and have seen several editions.

Light provides a panoramic viewpoint in all our lives and enables us to acquire knowledge and wisdom thereby empowering us to elevate to higher realms. A conscious attempt to embrace the light of our lives, imbibe values and pass on to the coming generations is being made by “Karunaalu Baa Belake” series. 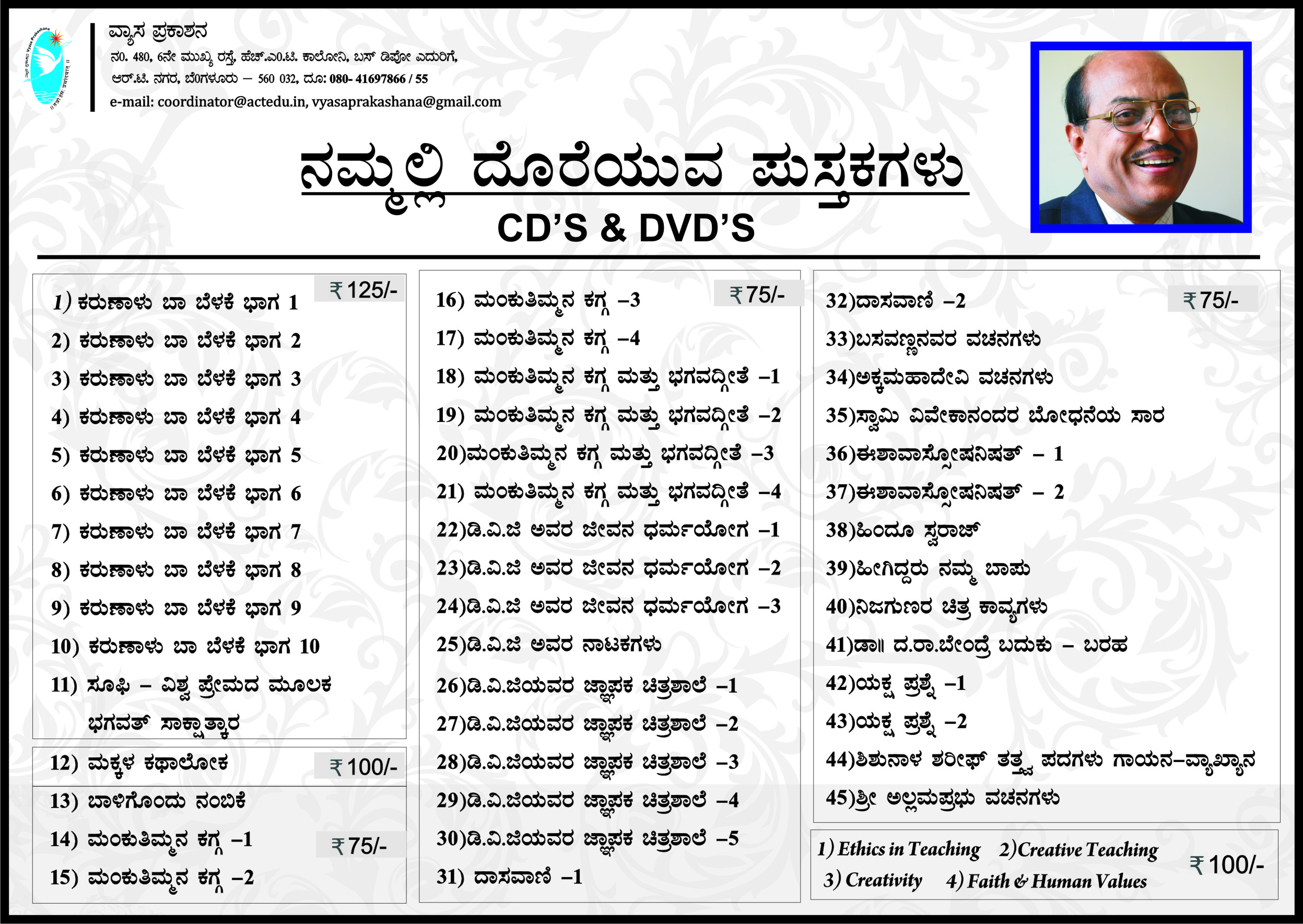